THE ROSE IN THE GREENHOUSE 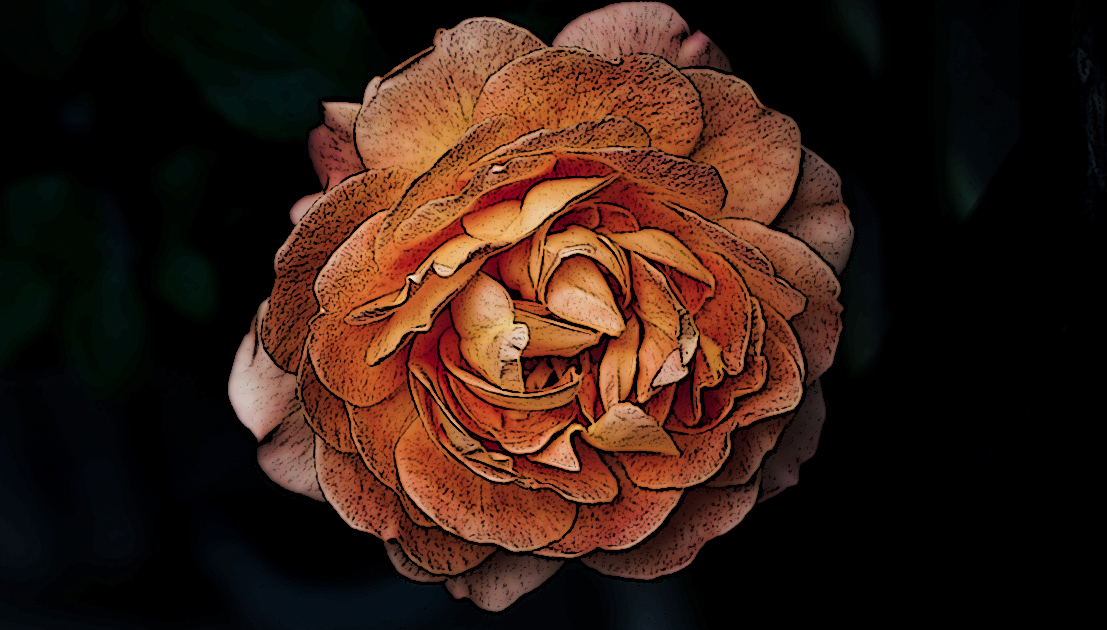 I knew that something was wrong when my brother called me at the restaurant where I worked.  It was past midnight and he never called that late.  I remember I was standing at the reception, holding on to the receiver with both of my hands shaking, feeling nauseous, as he told me that our mother had passed away.  I tried very hard to make sense of every single word. My vision slowly became blurred as tears swelled up in my eyes.

The last phone call with my mother had been a couple of months before. She had said my name nice and clearly, but the words that followed were incomprehensible—she had two mini stokes in the two years before and the last stoke had cruelly taken away her ability to talk.  I pretended I understood what she said, and told her that I had passed my English test, had started my new class in an art college and was settling in well and happy in London.  I choked back my tears and promised her I would call again soon.  After hanging up, I sank down to the floor, no longer able to hold it all back.

I felt overwhelmingly sad and lonely.  My new life in London hadn’t been as smooth as I had expected. I moved out from my brother’s place after falling out with him and his wife shortly after I moved to London. I felt rejected, frightened and alone.  My twenty-year-old self could hardly believe what had happened because I was always popular and loved back home.  I could not run to my mother because she could no longer protect me, like she used to.  My family have called me ‘the rose in the greenhouse’ since I was a little girl, meaning that I grew up very protected, always thriving, and never facing adversity. My parents had been very protective—I was not allowed to go outside and play by myself until I was 15 or 16. I was extremely shy, and often ran to my mother to sort things out for me. I lived, in a lot of ways, in my own perfect protected world.

And now the greenhouse had shattered, the rose was no longer shielded, and it was very frightening.  Losing my mother was like losing the rock under my feet.  From that point on I would be walking on wobbly ground and felt like I would sink into the core of the earth if I did not pay enough attention.

The closest person to me at that time was my boyfriend whom I had met at the restaurant where I worked.  He was a student too and like me, worked part-time there as a waiter.  He was younger than me but he seemed exceptionally mature for his age.  He was charming, good-looking, and caring. We fell head-over-heels for each other shortly after we met.  We were carefree and happy, but at the same time looked after each other like adults.  We adventured into the fascinating transition from adolescent to young adult together.  He was there to support me through those difficult times, helping me to find a place to live and encouraging me through my first two years in university.  He was there when I had nightmares about my mother after her death, cradling me until I fell asleep again. So after two years we decided to get married despite the fact that we were both very young at the time.  We couldn’t wait to be a family, and I was desperate to find a rock again.

It was just about two years into our marriage, when he came home one night and told me that he no longer loved me and was leaving me. He told me I was too possessive and called me a “control freak”. I was shocked and indignant.  What he said didn’t make any sense to me at all because I thought our world was perfect.  I blamed myself, maybe it was really me who had driven him away.  Once again I was abandoned by the person I was closest to.

A week later, I found out that he was actually having an affair with someone at work, which I ended up seeing with my own eyes.  It suddenly all made sense to me: the blaming, the lies. The feeling of betrayal was nothing I had ever experienced before.  My heart hurt like it had been wrenched in the most brutal way, my eyes stung from all the crying and my body was weak because I couldn’t keep any food down. I felt like I had reached the end of the world…

I was in my final year in university and was fortunate that my course director was very understanding about my situation.  He helped me to direct all my sadness, anger, and energy into my final design project.  I also had my family and many great friends who supported me during that time. There were lots of tears along the way and even my most patient friends would say, ‘here we go again!’ whenever I had a breakdown.  It was embarrassing, but I was grateful for these friends who held my hands and pulled me back up from seemingly the bottom of the universe.

I grew tremendously after these series of unfortunate events.   The rose no longer needed the greenhouse, the bitter weather made her stronger.  I became completely independent, living for over a decade in a foreign country alone, studying and working hard to support myself.  I made many mistakes like anybody else, but I was no longer afraid to; though when I did fall the sadness was often like a swamp, sucking me down until I could hardly breathe.  But if I closed my eyes and thought of my mother, the one person who always rescued me, I was able somehow to pick myself up again.

I have come to realise that if I hadn’t lost my faith and trust in people, I would never have found my true self.   I told myself that I was the only person responsible for my own future and happiness, and that was exactly what I did, I found pride and gratification.  I found my rock again, but this time I am my own rock, and I know my mother would be proud. 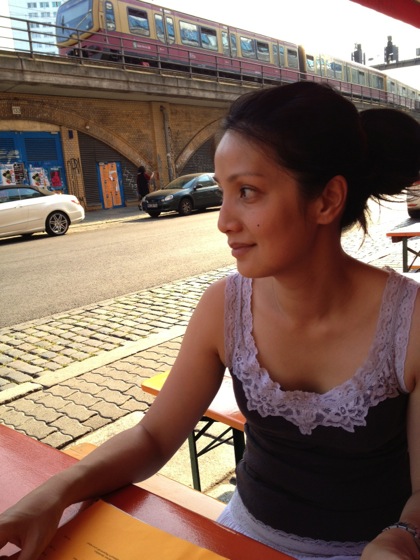 Lydia Wong is a food writer and interior designer. She is from Macau, southeast China and lived for many years in London.  She now lives in Berlin with her husband and daughter. You can follow her recipes and food stories on her blog: https://gingerandchorizo.wordpress.com/