REBOOT BY BOOKING A FLIGHT 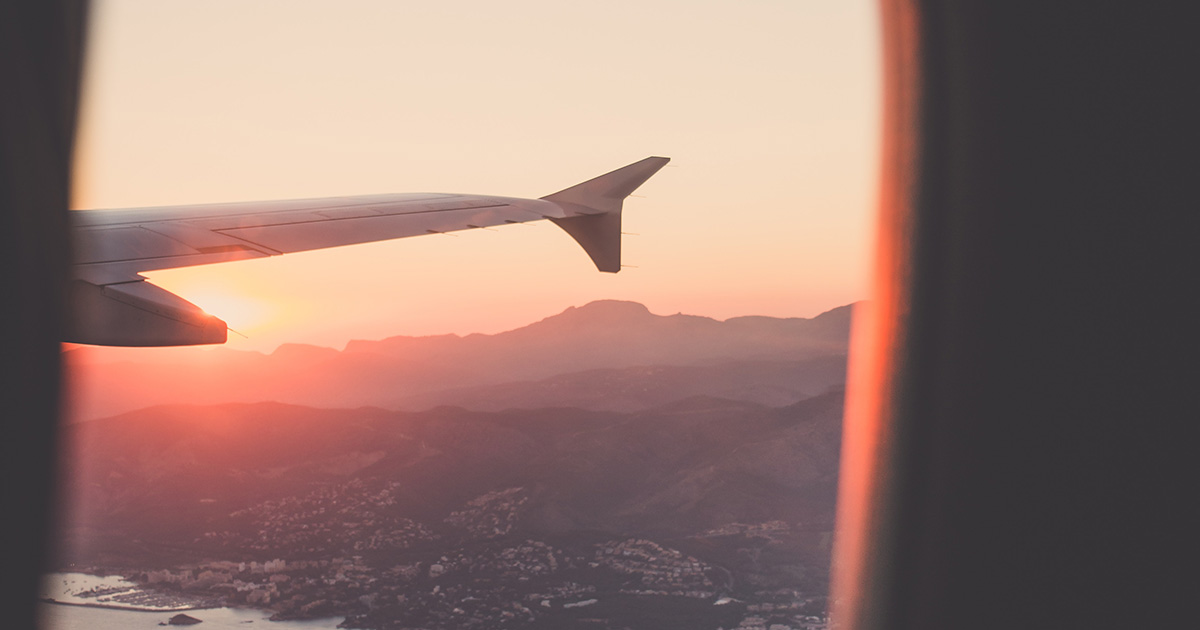 As I write, thinking of the usual new year resolutions, like getting up earlier, eating healthier and enrolling in the gym, my younger sister is somewhere in Thailand. She’s with her boyfriend and a handful of newly acquired friends-for-life, getting her Thai massage certificate and tasting cockroaches, with a constant smile plastered on her face. I can’t remember the last time I looked in the mirror and saw one on mine. And all this while spending under twenty euros a day. Yep.

The first time my husband and I planned a trip to somewhere totally different than the country we live in, India, and even had our visas issued, I found out that I was pregnant. With my first child. You can guess what happened; we had to be the adults in the room. Thinking the What ifs. As in, what if I’m in India and I need a doctor in the middle of the night and he doesn’t speak English? What if I have to stay in hospital and share the bathroom with seven women and eat rice from day to night?

I wish someone had grabbed me by the shoulders right then and told me, ‘Honey, you’re not sick, you’re pregnant for God’s sake, don’t let life slip like sand through your fingers’. Instead, I did what I then thought to be the right thing and stayed put, thinking that perhaps some other time in the future we might make that trip.

Twelve years and four children after that and I’ve still not been to India. Or Thailand.

That is not the only possibly mind-blowing opportunity in life I’ve missed out on.

Because I’ve come to realize that is travel to me: a chance to reboot, to change mindset, and to see for myself the things that I’ve been listening to others talk about. And above all to realize that there are more things that unite us than divide us, no matter which place on earth we find ourselves in.

That trip to India—that path I didn’t take—caused a chain of reactions that changed me as a person on many fronts. I started considering that perhaps it had come as a result of me turning down a different travel opportunity in the past. While I was in the Fire-fighting Academy, I was offered a place at an educational trip in Europe, all expenses paid. I’d said I couldn’t go. Why? But, I was in love! I’d just met the man who later became my husband, his birthday was coming up, and I’d thought, ‘How can I leave him now?’, and ‘What if he’s not here when I return?’

I wish someone had thrown a bucket of water over my head then too.

Opportunities don’t keep knocking. Soon they get bored and move on to the next person eager to open the door immediately. (Plus, for an indefinite period of time, I wanted to kill my husband, for not urging me to make that trip.)

And opportunities don’t just present themselves. You have to go hunting for them, which I hadn’t done so successfully in the past. For instance, while a student, the foreign language institute at my university offered all kind of non-European language classes. Did you want to learn Georgian, Japanese, Urdu? At a very low price you could delve into a whole new world and even take advantage of the foreign student exchange program.

What did most students chose to learn, myself included? German, Italian, or French. From a younger age I’d been taught to follow the flow and think of my future in terms of immediate usefulness, or what I considered as useful. If nothing else, I simply did what the majority thought it smart to do.

I still envy though, the acquaintance who stood out and took Japanese lessons, and later managed to get a scholarship in Tokyo to study Japanese calligraphy. At an age when she had no family commitments, no boss setting deadlines, and no bills waiting to be paid.

Did I make the right language choice?

No one can say, because all these experiences made me completely change my mindset. After I gave birth, I started travelling about in a frenzy to cover the lost ground, and likewise, I urge my children to never leave a stone unturned.  I look at the photo of my three-month-old son strapped to my back in front of the Colosseum and I smile at the memory. I see the photos of my protruding belly in Sweden and in the USA with gratitude, and I’m already planning for an Asia trip two summers from now.

Whenever I need a reboot, I now look at the map. I’ve finally come to appreciate how the contact with a different culture widens my horizons. That leaving my comfort zone only makes me a stronger person. And that as the writer Seth Godin once said, “If it scares you, it might be a good thing to try.”