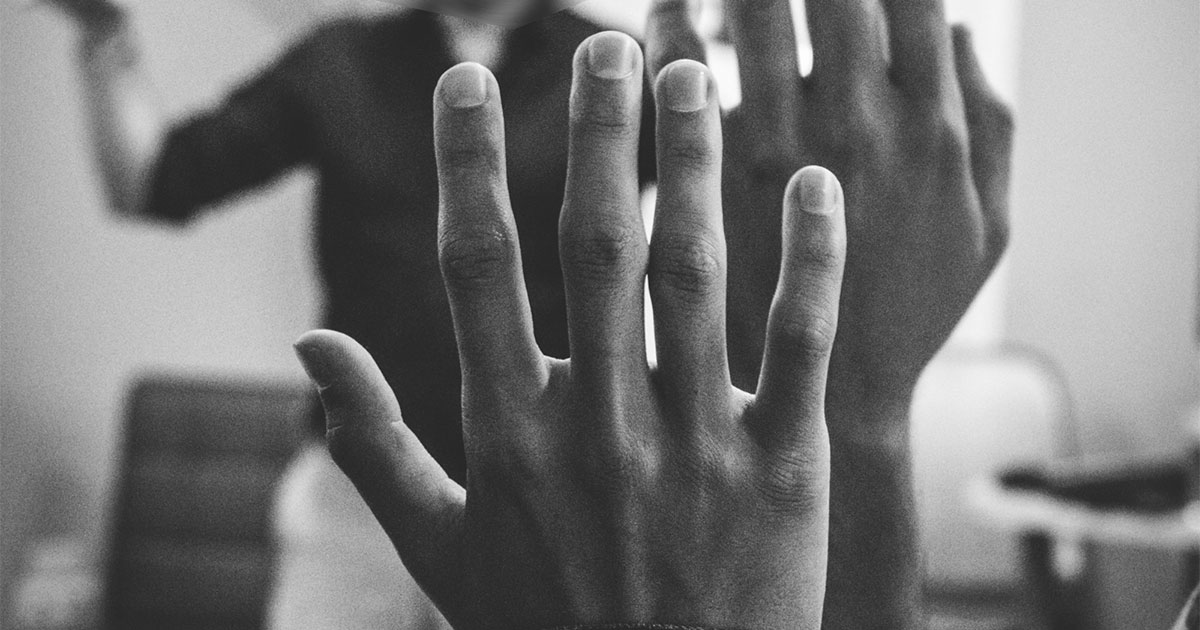 From bell to bell I chime to the question
Profe, ¿cómo se dice…? and I pluck
the gleaming lexeme that balances
the scales of translation. I never
have the heart to tell them there is no
perfect translation. Then this winter of
line graphs, when we learn our hands,
even raised, are not immaculate.
And I see the question in their eyes while
I try to mask my own: as the adult,
how do you… what can I… in the time of…
Every morning I sigh with relief after
I check off all the names in the seating chart,
speak non-native normalcy as I thumb through
its dictionary of increasingly redacted entries.
My voice box scars with each, ¿Profe? ¿Profe?

Listen, says the speech therapist. She dangles
a card with a house on it. Brown triangle roof.
Red bricks. Green door and single blue window.
Her lips draw back and the black chasm
of her mouth unswallows house. I look at her
mushroom perm. Her oversized sweater of
random, pink and teal shapes. I think she’s
funny. I mimic the sound, yawning like a lion.
I always listen. I just don’t speak. I don’t see
the problem the adults do. On the phone, mom
goes sí, sí, sí. Dad goes, tak, tak, tak. Until they
don’t. And sometimes they cry when they hang up.

Mom lay still, listening to the conversations
in the next room even though she had been
tucked in already. A few days later, she listened
from the backseat as her mother and her comadre
confirmed their suspicions, passing by his
nido de amor. Mom hated how much quieter
the house was after her father left.
In those days they treated you like a doll.

Silent and listen are anagrams. Escuchar and silencioso
are not. Neither are słuchać and cichy. Linguists see
a common ancestor among the verbs: an Indo-European
notion to incline, to lean in. It survives in sibilants.
Alveolar affricates and velar fricatives. Like the sound
so many cultures make to hush babies, to catch
someone’s attention. Like the sound of the wind
through leaves – the earliest warning. A signal
for change of season or a coming storm.
So many common consonants. All voiceless.

4
I wonder how babcia felt sitting in the one-bedroom
after her last born left. Did she think of those years
in the War? Babcia learned in her late twenties not just
how to listen but what to listen for. That pressing your
lips into a white line could be just as vital as speaking
the tongues of your oppressors. Ja. Да. At the right time.
Afterward, she returned to a quiet that was not solace.

You’re not listening if you’re talking. It’s pedagogy 101.
You must be silent like the t in listen, like the letter
that looks like the stick figure profile of a child sitting
with arms outstretched. Before class starts, I exit
the window with all the headlines in either all
blue or all red caps. I open my files, scroll
through my past and future lessons on Lorca’s Casa,
los desaparecidos, las Mariposas. I click
on the presentation about saludos, the importance
of shaking hands and of besitos on the cheek, when
to use tú and usted. In the video conference, I ask
my students a question, remind them to unmute themselves.

When my students read folklore
of other cultures, I send them
on scavenger hunts for the moraleja,
to match archetypes to their long-lost twins
across storybook borders. Sometimes I pluck
anecdotes from my childhood,
share them like churros or ptasie mleczko.

Like the time I stood beneath Chapultepec Castle
with its halo of afternoon sun. My mother said
when the fortress was under siege, six niños héroes,
teen soldiers, stayed to defend it. Rather than surrender,
they plummeted to their death from the craggy perch.
Before he leapt, the last one wrapped himself
in the Mexican flag so it would not fall into invading US hands.

When I was ten, I walked the cobbled streets of Kraków,
looked up like everyone else at the red bricked towers
of St. Mary’s Basilica when the trumpeter played
the Hejnał mariacki. My father said it was to honor
a boy from the 13th century who alerted the city
to oncoming armies, his plaintive tune cut short
by a Mongol arrow through the throat.

I pause my lesson for yet another
active shooter drill. How do I explain to them
their characters’ arc in this story? I must tell them
to stay huddled in the corner, quiet. 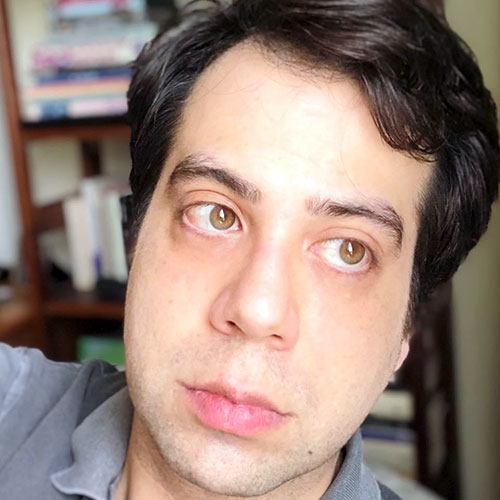 Eric Odynocki is a teacher and writer from New York. His work is often inspired by his experience as a first-generation American with Mexican, Ukrainian, and Ashkenazi roots. Eric’s fiction has been nominated for Best Small Fictions and has appeared in Gordon Square Review and pacificREVIEW. Eric’s poetry has recently been published or will appear in Plume, Brooklyn Review, Cold Mountain Review, American Poetry Journal, PANK, Magma Poetry, and elsewhere.