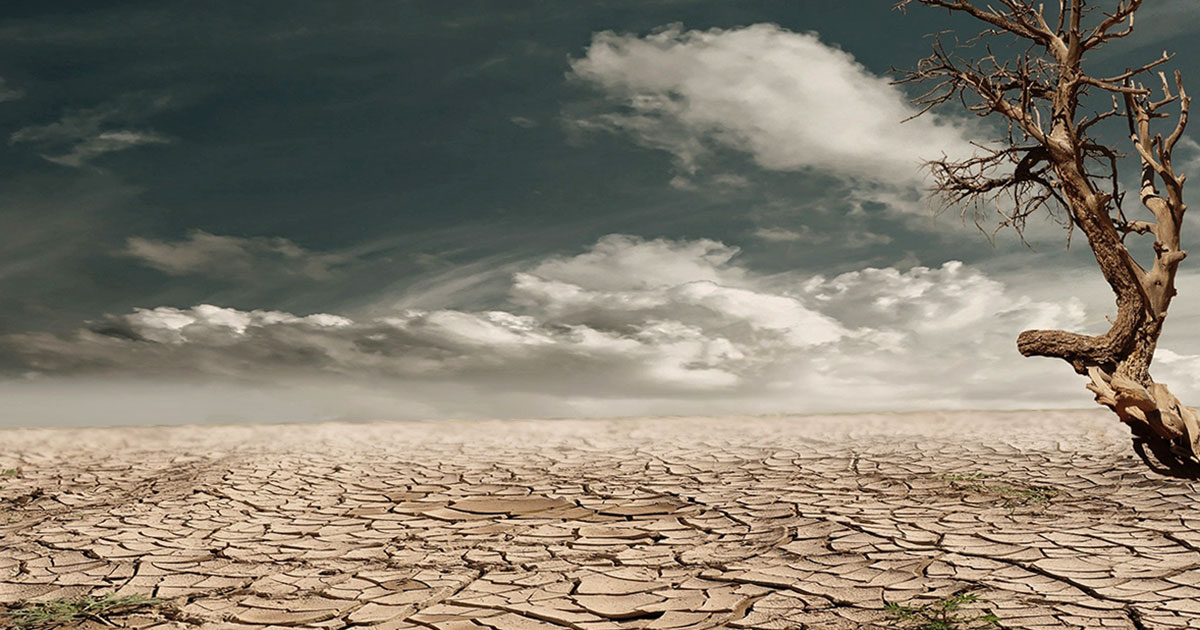 It’s not often a line from a poem stops you in your tracks, has you racing to check its veracity, smacks you in the face with your own inadequate understanding of the state of the world. But Jhilmil Breckenridge’s ‘Photograph’, in the new anthology Open Your Eyes, had precisely that effect on me.

Perhaps it’s a measure of the way that the western media systematically deprioritizes the extent of ecological catastrophe in developing countries that such lines can come as a shock. All the more important then, that Open Your Eyes is both a very Indian, and yet resolutely internationalist anthology. Editor Vinita Agrawal has thoughtfully supplied footnotes and translations as required

Why can’t I be a Gando Bavar,
meandering seamlessly in the Seemada?
Yamini Shah, ‘Being left behind’

– yet overall, the book’s themes of climate breakdown and irreversible ecological damage are accessible to us all, wherever we are on this stricken planet of ours.

Of course, the appreciation of poetry – and it is poetry that makes up over half of this anthology – is very much a subjective affair. And the poems chosen here approach the increasingly dynamic and bleak situation of our century from any number of different angles. So my choice to highlight some works, must inevitably be accompanied by apologies to those writers that I fail to mention. But some, such as Suhit Kelkar’s surrealist, almost Shakespearean ‘The Ghost of Guilt Jeers at Humanity’, just jump out of the page:

Unscrew your eyes
and pocket them;
peel off your ears.
Butterfly-wise, they flit
away. Uproot your tongue
and toss it aside like a snail.
Still you’ll feel
the onset of night,
the quailing river,
the moon a coin of alms
tossed in the holed sheet
that is the night sky,
and, leaning against a tree trunk,
little old me,
with my disappointed look,
and a list of your crimes.

Others, like Sumana Roy’s ‘Global Warming’, take a more oblique path, using the gradual accretion of knowledge of a seven-year-old nephew as a metaphor for the world’s inability to “unlearn” global warming.

He’s seven,
as old as the ancient duration of exile.
The world’s grown warmer since his birth.
That is all I’m able to say
when he points to graffiti on the way –
‘What is Global Warming?’
The world won’t be able to unlearn this, too.

The Wild Word’s own Anu Mahadev also takes a deserving place in the anthology with ‘Tipping Point’, told from the perspective of a world unable to hold back the changes that are overwhelming it:

Day turns into night in Sao Paolo. I cannot let them
breathe any more. They will die for their sins in a mi-
asma of CO2.

One day, it will all be a savanna-like biome. No more
wet rainforest. Carbon will be released in billions of
tonnes.

And that will only be the beginning of the end. Of cata-strophic proportions. You can’t have your cake and eat
it too.

There’s more than a touch of social realism in Jayanta Mahapatra’s ‘I am Today’, with its “smells of blood/and paint, petrol and cement,/lipstick and factory waste,/and the death murmur of trees”. Yet overall, the collection has more of a symbolist, allusive, perhaps even animist feel to it, from Stephen Byrne’s, ‘The Busy Bee Has No Time for Sorrow’,

She hovers & lands, hovers & lands
From flower to flower like an astronaut hopping on the moon.
So much work. So much care. Dignified beauty of the working
Class. Her kind gives us apples & blueberries, almonds & coffee
& and in return we steal their land & offer neonicotinoids.

to Devi Laskar’s bittersweet and poignant ‘The Last Goddess of Redwood Hill’:

She was felled by a young
man’s saw and I saved a few of her leaves,
evidence of a life that began before mine —
a life that ended before ours, among the last days
of horses and crows, and sweet-green meadows.

Overall then, a book full of urgent poetry and important insights. A book that gains on the re-reading. A book with a turn though, towards the end. A turn to prose. And I must admit, it’s not an easy turn, for a reader like myself, accustomed over a hundred and twenty pages to the rhythms and terse intricacies of poetry but I found myself a little resentful to be plunged into prose, almost against my will. But there are nuggets here too, that ease the path. Indira Chandrasekhar’s post-apocalyptic ‘Do I See Sunshine?’, or Priya Sarukkai Chabri’s wonderful ‘Mid-Term Ecolit Examination Paper’, which I’d like to give you a taste of here:

TRANSLATION
VI. CHOOSE ANY TEN PHENOMENA THAT
STILL EXIST AND TRANSLATE THESE INTO A
CONTEMPORARY INDIAN LANGUAGE.
(20 marks)

Even if one might be tempted to quibble about the inclusion of this or that piece, overall, in the words of Ranjit Hoskote’s powerful, and appropriately titled preface “In lieu of a manifesto”, “Open Your Eyes calls…for an urgent awakening to the crisis in which humankind finds itself. It calls, also, for a new attentiveness to what remains magical and mysterious about our world. And it summons us to a re-enchantment of all that has been violated and rendered desolate”.

The reference to a manifesto also makes explicit an assumption borne out on every page, i.e. that writing about the environment has become, in itself, a political act. The poems here are no odes to bucolic innocence; rather, they are a defiant, solastalgic testament and call to action in the face of an ever-increasing crisis. Perhaps, even more than prose, poems are uniquely suited as an instrument to focus the attention, to capture this or that moment, to distil an injustice or a loss down to some bitter essence. Here is a book of feelings then, a compendium of emotional intelligence in our response to a situation that can so easily break the boundaries of our intellect. A lodestar, if you will, in the mapless territory in which we find ourselves.

The urgency of our predicament means that no single book of poetry and prose can say it all, and this is a book more of acute observations and questions, than of answers. Yet the environmental movement is nothing if not a work-in-progress towards a new way of being in the world. There is so much work still to be done, and this little volume feels very much like an important contribution to that work. I look forward to its continuation! 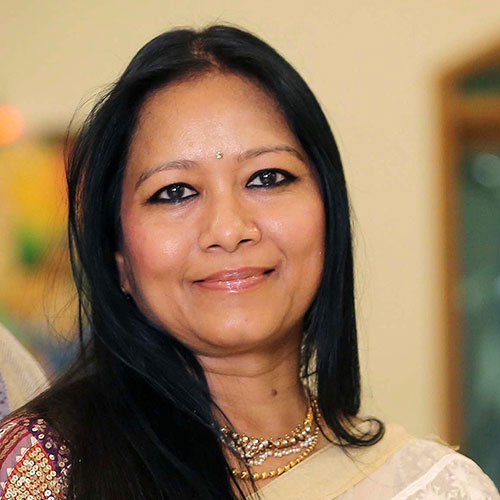 Author of four books of poetry, Two Full Moons (Bombaykala Books), Words Not Spoken (Brown Critique), The Longest Pleasure (Finishing Line Press) and The Silk Of Hunger (AuthorsPress), Vinita Agrawal is an award winning poet, editor, translator and curator. Joint Recipient of the Rabindranath Tagore Literary Prize 2018 and winner of the Gayatri GaMarsh Memorial Award for Literary Excellence, USA, 2015. She is Poetry Editor with Usawa Literary Review. Her work has been widely published and anthologised. Her poem won a prize for the Moon Anthology on the Moon by TallGrass Writers Guild, Chicago 2017. More recently her poem won a special mention in the Hawker Prize for best South Asian poetry. She has contributed a monthly column on Asian Poets on the literary blog of the Hamline university, Saint Paul, USA in 2016-17. In September 2020, she edited an anthology on climate change titled Open Your Eyes (pub. Hawakal). She judged the RLFPA poetry contest (International Prize) in 2016 and co judged the Asian Cha’s poetry contest on The Other Side ‘ in 2015. She has read at the FILEY Book Fair, Merida, Mexico, Kala Ghoda Arts Festival among others. She is on the Advisory Board of the Tagore Literary Prize.  She has curated literary events for PEN Mumbai. She can be reached at www.vinitawords.com 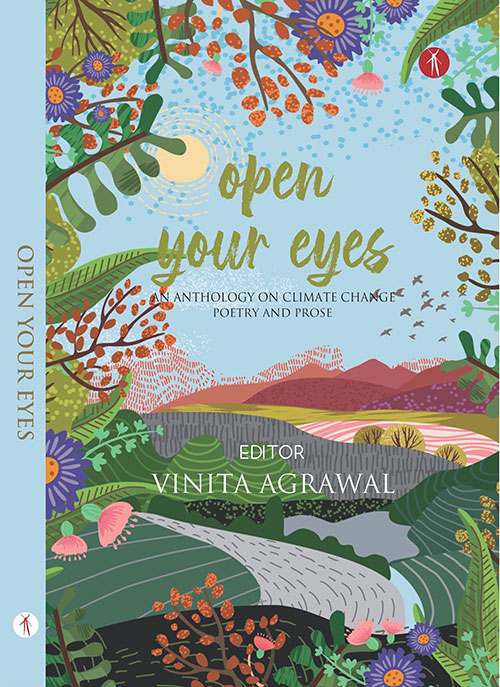