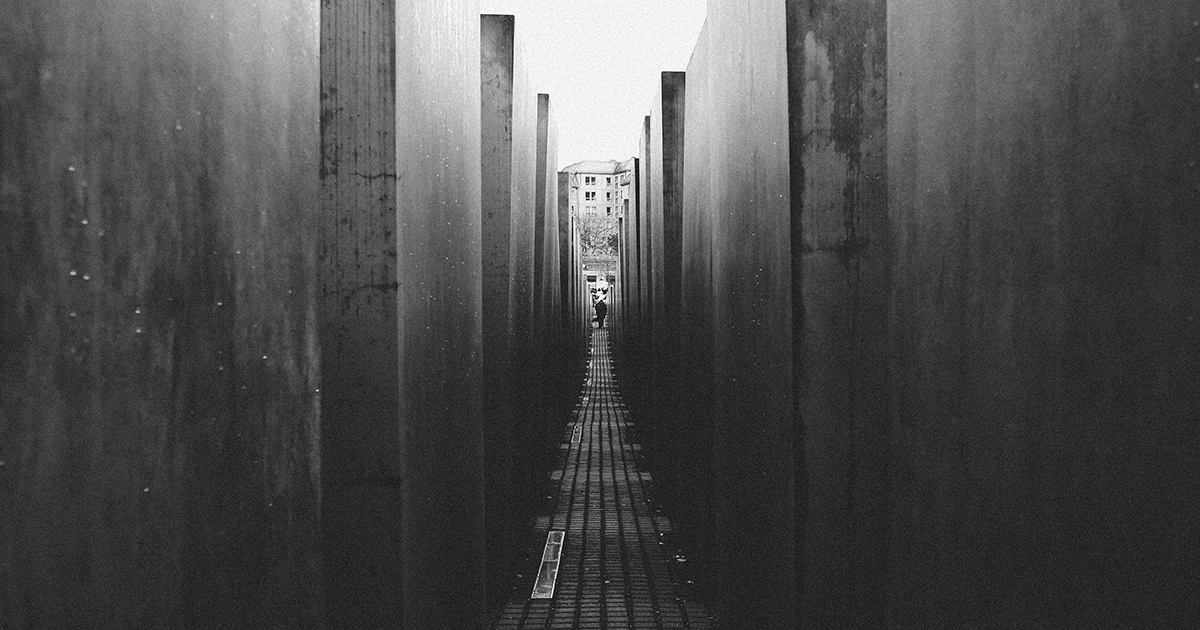 Last week I watched Germany’s first World Cup match at Tempelhofer Feld—the abandoned airport in the middle of the city that is now a bustling park. The place is huge, as airports tend to be—room for cafés, community gardens, and of course the old runways, where children and adults ride their bikes and all kinds of contraptions with wheels. Lest you enjoy the idyllic setting and forget where you are, the park is full of signs and photos indicating the airport’s history. There are images of the jubilant crowd of more than one million people listening to Adolf Hitler speak. Four years later, the Americans used the airport for the Berlin Airlift, handing out chocolate and raisins to the children of the city. During the Cold War and the period of the Berlin Wall, the airport was an important access point into West Germany and the “island” of West Berlin.

A recurring theme of my column, and my ageing process, is a deepening appreciation for clichés. This month, I have been thinking about George Santayana’s words, “Those who cannot remember the past are condemned to repeat it.” Germany seems to embrace this. Sometimes it seems that the U.S. cannot remember its past because we have never been sufficiently honest with ourselves—one cannot remember what one has never learned.

Currently, the rage against the “zero tolerance” policy that has seen 2,300 refugee and immigrant children incarcerated in the American South, includes the commentary that this is “un-American.” While locking up babies is perhaps contrary to the nationalistic, good guy narrative that we prefer to teach, stealing children from their parents is clearly in line with the actions of our past—through colonizing the United States and then again through slavery. The U.S. has never adequately addressed any of these atrocities.

As I obsess over this, I walk around Berlin and am physically unable to escape reminders of its past. The golden Stolpersteine that mark the buildings where victims of the Holocaust lived; the bullet holes that remain in most of the government buildings that survived the war; the placards around my neighborhood, detailing the laws passed against Jews and Poles, in the 1930s. In front of my favorite bakery, a sign reminds us of the law that Jews were not allowed to buy sweets. It reminds me that hate creeps in, incrementally.

To be clear: this piece is not a direct comparison of what is happening in the U.S. to what happened in Germany under Nazi rule. I believe it is a mistake to draw these parallels, for a variety of reasons. Each country’s history deserves a nuanced analysis and understanding. What I am saying, however, is that Germany’s policies today, its humanity, seem to be a direct result of its ability to reckon fully with its past. And if you look at how the U.S. and Germany each remember the past, I find it no coincidence how each country is doing today.

The Tempelhofer Feld airport/park, where I watched the World Cup, is now housing refugees from Syria and the Middle East. The inside of the airport terminal itself was fitted with three sections—separate quarters for families, men, and women. This was designed as “emergency shelter,” a temporary resting point for 72 hours, until more permanent housing could be located. Its residents are welcome to come and go as they please—it is not a jail. Asylum seekers are not criminals.

Outside the airport terminal, several hundred temporary trailers are set up for additional refugees. As I walked past them, I noted children playing outside, and flower boxes carefully tended. German rap music was playing loudly throughout the space. Security guards stared at me with a bored look in their eyes, as my family walked past, to the beer garden with the big screen for the soccer game. On the other side of me were those signs about the airport’s history.

In another complex, over-simplified comparison of the two countries that I now inhabit, I think about the words “Never forget.” The phrase, used for various purposes throughout history, was, until 2001, most commonly used to reference the Holocaust. As Germany struggled with how to acknowledge its war crimes, they spent over a decade debating and designing the now iconic Memorial to the Murdered Jews of Europe—a powerful series of rows of giant cement blocks. It sits on top of another underground section, the Place of Information, which contains the names of all the victims, stories of 15 Jewish families and their fates, and other aspects of the victims and crimes of the Holocaust.

During my time as a fellow with the Robert Bosch Foundation Fellowship Program, I had the honor of a small group discussion with Michael Naumann, the then State Minister of Culture and the Media who worked with the memorial’s designer. He told us that his primary concern was that memorials too often become invisible, unseen. Although this Holocaust Memorial is quite controversial, I do not believe anyone could claim visibility as a reason to criticize it. It is truly a memorial against forgetting.

In the U.S., “never forget” has most widely come to represent the September 11 attacks. Before it became a cry of nationalism, giving rise to our completely irrelevant invasion of Iraq and Islamophobia, it was an earnest expression that actually united Americans. It is hard to remember or believe right now, but this was also when our members of Congress from both/all parties stood shoulder-to-shoulder, vowed to fight terrorism on our land together, and spontaneously broke into the song “God Bless America.”

It has taken me several nap- and bedtimes over the course of a few days to type this out. I am exhausted from my children’s nighttime wakings, although these days I am feeling more grateful than annoyed by these interruptions. But I am also exhausted from being in a near constant state of rage, and fighting against this heinous “zero tolerance” policy, the sham of an executive order that “fixed” it, and the systematic terror that the Trump administration is intentionally inflicting on babies, children, and families. As I look at all the reminders around me here in this great city of Berlin, I am heartened by the reminder that societies can change.

May this be our rock bottom, America. May this be the line in the sand. We must learn and remember what is happening in our country, what our country is doing to children, to families, to the world. As we emerge from this nightmare of a presidency—and we will; no matter how much hell we have to endure first, we will—we must do the work as a nation to acknowledge and account for our sins. We must remember and teach our children about the crimes of our nation, lest they continue to be repeated. We have a lot to learn, America.