From Bad to Worse…to Better? 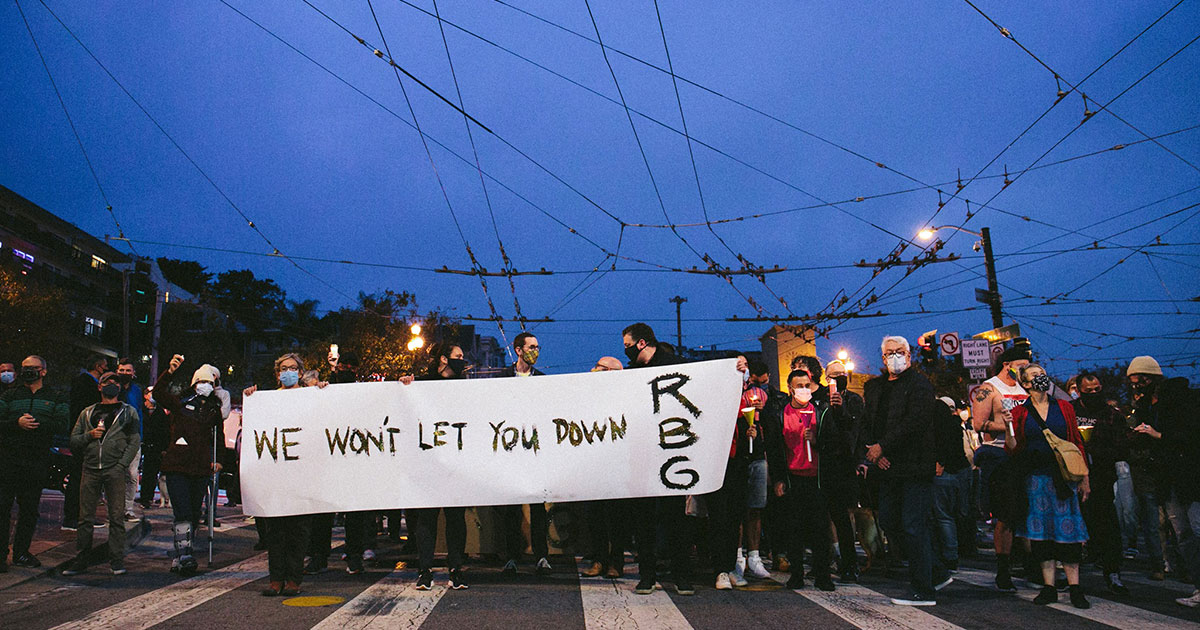 Things are looking bleak—for the world in general, and particularly for the United States. Coronavirus continues to surge. Climate change is wreaking havoc up and down both coasts, and a fair bit in the center of the country, too. And as we close in on the critical November 3rd election, Donald Trump is giving America’s teetering democracy some very hard shoves.

When it comes to the coronavirus, I hate to say I told you so, but I did back in March. Thanks to the Trump administration’s shambolic mismanagement of the public-health crisis, America continues to lead the world in confirmed deaths and infections. The U.S. passed the milestone of 200,000 deaths from COVID-19 on September 22nd, and by the time you read this, the number of confirmed cases will likely surpass 7 million.

Numbers like those tend to numb the mind, though they are thrown into distressing relief by the recent Washington Post revelation that the White House scrapped a plan to mail five cotton masks to every household in America back in April because the Trump administration didn’t want to alarm people—and far more important to the president, possibly hurt his re-election chances. CNN correspondent Dr. Sanjay Gupta has suggested that had those 650 million masks been distributed and used, “it seems like maybe 80 percent of the people who have died could have been saved.” Now, statistical modeling that includes unpredictable variables like the behavior of a virus as well as human beings (especially Americans) is by no means guaranteed to be accurate. But if one applies that model to current U.S. numbers, the results are staggering. As many as 5,600,000 Americans might have been spared COVID-19, and 160,000 who died could still be alive today.

Using their trademarked combination of heedlessness and stupidity, Trump and his goons have been committing mass murder—and now, instead of hitting the brakes, they’re letting out the throttle. Resuming the in-person rallies that seem to be the only thing that make him feel alive, Trump treats his supporters like cannon fodder, herding them into crowded, largely maskless settings in violation of the health guidance coming from both local officials and his own administration. Looking at the crowds gleefully generating gazillions of droplets while chanting “Lock him up!” about former President Obama and “Fill the seat!” about the Supreme Court slot vacated 24 hours before by the death of Ruth Bader Ginsburg, one might fall prey to the thought that if they get the virus, they’re getting what they deserve.

But as my California friends like to remind me, karma might not just smite those jeering jerks; it also might get us for thinking that way. And we have to bear in mind that science-denying “patriots” don’t just infect each other. They can and do go on to infect their families and people in their communities—and worst of all, the medical professionals charged with caring for them.

Yes, it’s the end of the world as we know it, but apparently, Donald Trump feels fine. He’s banished anyone even distantly tethered to facts or morality from the White House, and he’s back to preening and congratulating himself before adoring crowds of racists, dopes, and conspiracy theorists.

The previous two groups seem to be a constant in American life, and that third group has a long and storied history over here, too—though the conspiracies have taken a peculiar and potentially very dangerous turn with the rise of QAnon. You may already be familiar with the twin pillars of that lurid alternate reality: Democrats as blood-drinking pedophiles, and even more improbably, Donald Trump as the White Knight who will save the virtuous. It would be laughable if we weren’t seeing the QAnon cult spreading like the wildfires currently decimating the West Coast. And chillingly, authority figures, including some police chiefs, politicians, and yep, Trump himself, are fanning the flames.

QAnon is ridiculous in pretty much every sense but this one: it’s perfectly suited to our post-truth times. Whatever logical argument or facts one might use to counter QAnon supporters’ dark fantasies will be mocked and dismissed as Deep State lies. Ask why there are so many glitches in their savior Trump’s logic, speech, and tweets, they’ll inform you that it’s not gibberish, it’s code. You see, Trump doesn’t make mistakes; he sends signals. Signals it’s up to them to decipher. Heck, I guess it’s something to do when coronavirus has you locked down, laid off, or both.

Adherents of the mushrooming QAnon cult are gearing up to do battle against Trump’s enemies, a list that has recently expanded beyond cannibalistic sex-trafficking Democratic politicians to include groups like Black Lives Matter and the millions who align themselves with that cause. We’ve already seen Trump supporters kill protesters, and on September 21, Trump’s Attorney General, William Barr, branded protest hotbeds New York, Seattle, and Portland “anarchist jurisdictions.” As one lawyer commented on Twitter, “I don’t know what ‘anarchist jurisdiction’ means. Then again, I went to law school. Not despot school.” Barr’s escalation came the same week that another Trump ally, Health and Human Services Department spokesman Michael Caputo, warned that the Centers for Disease Control was plotting against the president and urged Trump supporters to “buy ammunition.” Bad as the unrest is now, it’s likely to escalate, whoever wins the upcoming election.

Just when it seemed things couldn’t get bleaker, liberal champion Ruth Bader Ginsburg died. That tiny giant held out against cancer as long as she could, but she didn’t manage to hang on until voters get the chance to cut Trump out of our body politic. Not two hours after Ginsburg’s death was announced, Trump said he’d name a replacement for her seat on the Supreme Court, despite the fact that there’s a mere month and a half before the election. The hypocrisy is glaring, given that Republicans refused to even consider President Obama’s Supreme Court pick back in 2016 because it was too close to the election—and in that case, the election was nine months away.

Ginsburg’s death is a devastating loss, but even in death, she may still do good for the country she loved and the causes she fought for. Widespread mourning has given way to renewed zeal for activism, as well as a massive increase in donations to help Democratic candidates up and down the ballot.

RBG believed that adversity can become a catalyst for progress. Looking at her own life, she observed that the sexism that prevented her from pursuing a conventional law career led her to a better one; without the roadblock of prejudice, she would have likely joined a firm, worked her way up, and retired as a partner. Instead, her legal career took a very different course, and America is far better for it.

At this time of close to unbearable crisis, America has a chance to redeem itself. It won’t be easy, but RBG has shown us how to push back despair and keep fighting for what we believe in.

Six more weeks, people. If there’s anything you can do to help Democrats succeed on November 3rd, do it. Do it to wipe the smirk off Trump’s face. Do it to save lives with rational public health and environmental policies. Do it for Ruthie.