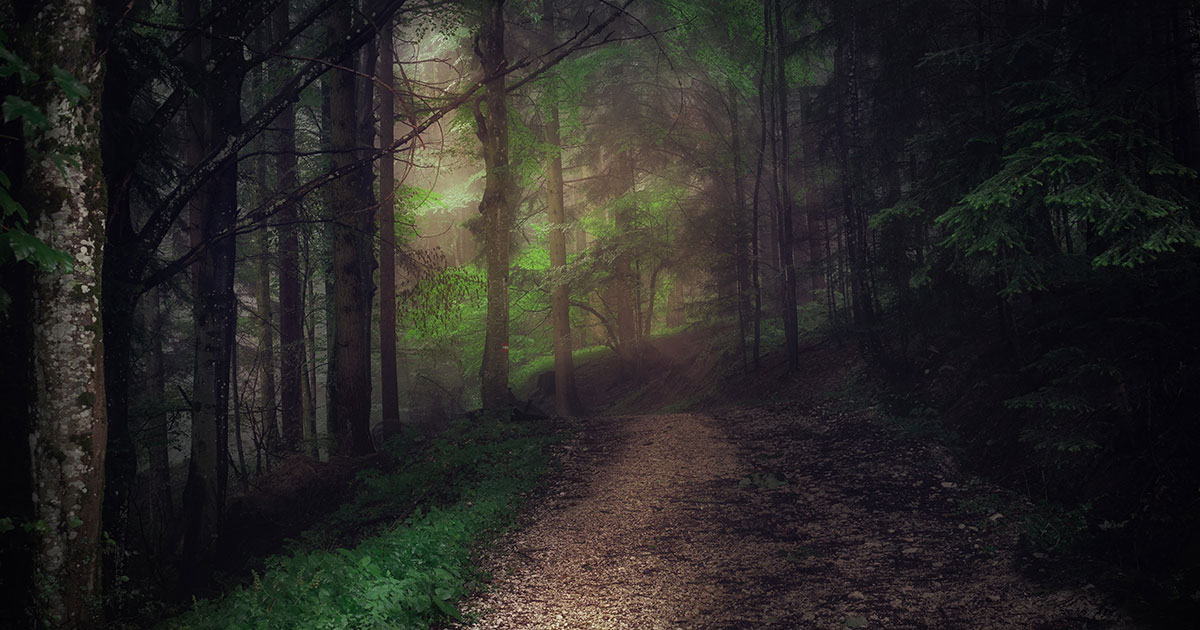 I worked at Dracula’s castle, and there weren’t any monsters here; I never even stayed here. It was a tourist trap, and I told stories like the other tour guides to scare the tourists looking for tales of vampires and ghosts. The other tour guides thought I was strange and maybe they were right, but their words still hurt.

“She came from an orphanage.” I gasped. How did they know that?

“I wish she would quit.”

The words got through my outer shell and pierced my heart. I fought back the tears. Were they true?

I gunned my motorcycle through the Transylvanian woods.

The engine hummed like a beehive filled with angry bees. The back roads turned to trails once used by people hiding from the secret police during the eighties. Many of them hid in cabins around here. Despite the dangerous curves, I sped on, then I hit the sand, causing the wheels to lose their grip on the trail. I skidded on my side for a long time.

I was okay, but the motorcycle wasn’t so lucky; the wheel was bent, the handlebars broken in two. I found a small game trail going through the woods.

At the end was a hunter’s cabin—I pulled my knife out, and headed toward it. I opened the door and saw a girl crouched down. She was crying.

“It’s okay,” I said and walked toward her.

Her brown wavy hair dangled in her eyes.

“Roxana. I ran away because I felt like an outcast. I have no friends, and now I got lost.”

I knew how she felt, more than she knew. “We’ll go to the nearest town; I bet that is yours. And I’ll be your friend.” We walked in the direction of the small town.

When we got there, Roxana ran to a house on a small street.

I waited outside on a dried-up fountain with a statue of an angel in the middle of it. Cracks ran along the angel’s body, and one wing was missing. I looked up at three gargoyles posed on top of a gothic church. They looked like demons watching over everyone, but not in a good way. Darkness radiated from them. A black cat wandered toward me, and I reached down, and it rubbed against my hand. It felt soft, and it let me pet it. I heard purring and almost smiled.

It hid behind me when Roxana approached. She introduced the man.

“This is my brother, Viktor.”

I backed up when he reached out for me, but he grasped me and lifted me off the ground

with a bear hug.

“Okay.” I struggled to get free of his embrace.

“You must come inside for food and drink.” Viktor grabbed my arm and led me inside.

“A stray,” Roxana said. “I never saw it let anyone pet her before.”

When I looked back she was sitting near the fountain.

I was so thirsty, I went inside the house to get some water and stopped in front of a mirror in the hallway. There was no reflection. I wondered what I really looked like. Death, I thought. I touched my sharp teeth and sighed. Fangs. I couldn’t eat with them. I walked outside until I found a dead deer and drank its blood. I remembered. I was a vampire. A monster. My adoptive parents had been sneaking blood into my meals; they’d known all along that I was a vampire. I wept. No wonder nobody else wanted me.

Ever since my parents died in an accident, I had barely eaten. I was fading away. I

needed blood. I wiped my eyes. I didn’t want to hurt anyone. Viktor lent me his motorcycle and a helmet, but I put the helmet on a shelf. Maybe, I really wanted to die in a crash, the pain would vanish, and I would be at peace. I saw Roxana waving to me from the door, and I knew that I could never hurt her.

I petted the cat. “You need a name.” I noticed sharp teeth sticking out of the corners of her mouth. I thought of my own sharp teeth. I knew a name. “How about Fangs for now.”

She meowed. “That makes it official.”

“Can you feed Fangs while I’m away?” I said to Roxana.

I couldn’t sleep, dark thoughts haunted me at night, like an anti-lullaby, so I got the motorcycle out and strapped my knife to my side and left the helmet on the shelf.  I flew through the numerous trails. I knew I was going back to work at Dracula’s Castle. I wouldn’t let the other workers stop me. I would hurt them if they tried. I bit my lip. No, I couldn’t do that, or could I? Could I stop myself?  I wasn’t sure. I carried a wooden stake and a small hammer just in case I could.

I stopped the motorcycle on the top of a hill and gasped at the beauty before me. A few early bats zig-zagged through the air above a field of wildflowers. The dazzling display of colors from the flowers attracted butterflies, and a deer cautiously entered the far end of the area. I heard a wolf howl from the nearby mountains. A red fox darted after some small animal, sending bursts of orange color trailing behind its bushy tail. Life was beautiful.

I focused on the thought of Roxanna and Fangs, and I smiled; they could be my best friends. I’d never had a friend before.

I started the motorcycle and sped down the trails with a small light illuminating the way, hoping not to get lost in the encroaching darkness. 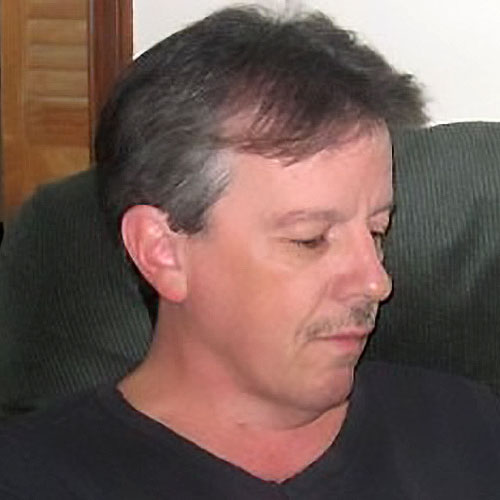 William Falo lives in New Jersey with his family including a papillon named Dax. His recent short stories can be found in Fragmented Voices, Dead Skunk Literary Magazine, Vamp Cat Magazine, and many other literary journals.