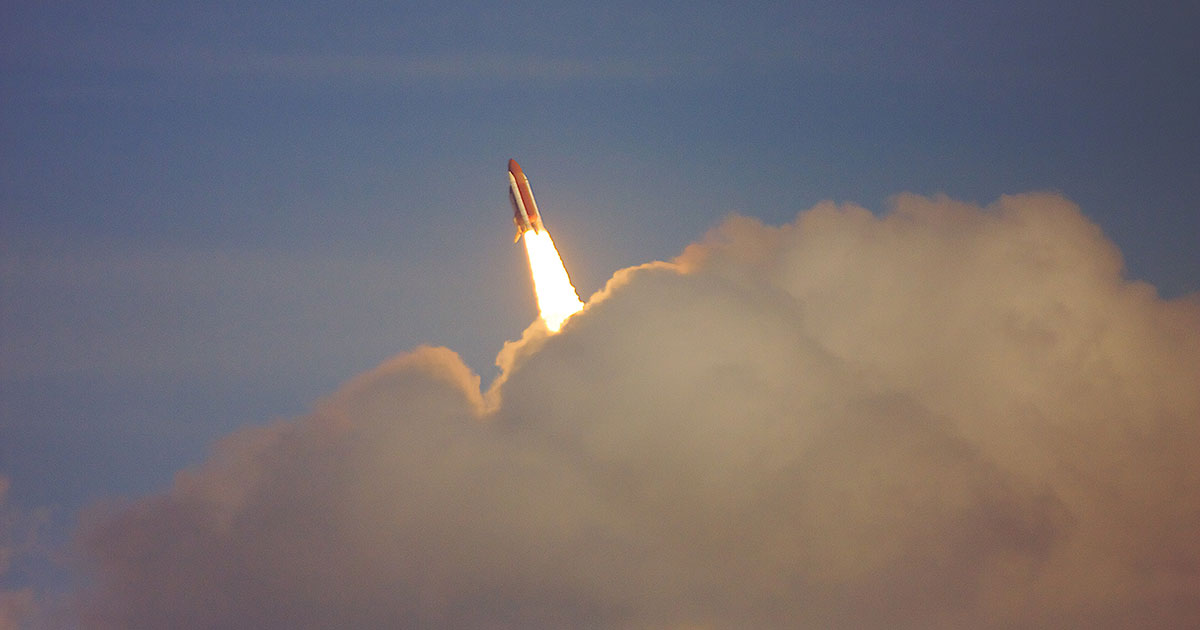 They seem a happy couple. Mark and Kelly own the second-floor walk-up condo in Cocoa Beach, right next to where the poet Marianne Peel shares a rental condo with me. When we ran into them a second time, they mentioned the upcoming Space-X launch, and that there is an app we could add to our phones that would notify us of launch times and delays. They assumed we would be all about it. If this couple has other activities they invest time in, we don’t know what they might be. Like a lot of people here on “The Space Coast,” they are avid launch watchers.

Space-coasters have a frequent habit of looking outward and upward, and this has caused reverberations in the psyche. A space shot is a stone tossed into the placid dark pool of public consciousness. All of this staring off into space forces the people into meditative silences. I have no way to verify this, but I believe the locals are some of the most laid-back peaceniks I’ve encountered anywhere. The population is disproportionally older than average: retirees, entire villages of the bald and the blue-haired. They have time to study vastnesses, to consider the eternity they are close to.

At day’s end a rag-tag mix of people show up at the end of our street, where it cul-de-sacs on the edge of the Banana River—to release the sunset. An equal fringe group shows up on the beaches at dawn, to absorb the sunrise. I imagine a people with ocular gill-like structures, breathing the day once in at dawn and once out at night, a two-stroke susurration lasting 24 hours.

Cocoa Beach is one of a handful of communities that bespeak the marvels of space exploration. To the North is Cape Canaveral, which really only looks out toward the NASA launch platform and is perhaps more famous for its port, from where the cruise ships depart. Interesting that it isn’t just missiles that launch from here. Titusville, sharing its name with a type of rocket, is closer to the launch site. South of Cocoa Beach, past Patrick Air Force Base, is Satellite Beach. Beyond this outer-reach-named community are less spacy Melbourne and Palm Bay.

First there is a rumble and roar, a deep sound, a vibration in the ether. You feel it as much as hear it. It takes a little time for the sound to travel from the platform to the balcony where we watch. The thin cylinder of the rocket sits atop a bright flame and has already risen a good bit before the sound floods into you. It seems to crawl upward at first, and then quickly you can not see the shaft any longer and you are staring up at the business-end of the vehicle. If it is a night shot, you don’t seem much of the rocket itself, just an irrational bright light that arches up till it disappears. The thunder diminishes till it merges with the background sounds of the night, and we know the vehicle is still there moving away faster and faster, but that we can no longer detect it.

Space shots were a big deal back in the 60s—the NASA space program that Kennedy triggered in competition with soviet Russia. Crowds gathered for those launches. They were less frequent than the Space-X and Starlink launches today. Even so, when a launch is announced, people start making plans to watch it. Roadways near NASA are closed. True fans find viewing spots along the causeways. The Brevard County Emergency Operations Center notifies by text those who have signed up, just as they do for prescribed burns in the various nature preserves, vaccine opportunities, cold weather warnings, hurricanes. Launches require mobilization.

The communities here are devoted to NASA. You won’t hear anyone wondering aloud if we should still fund it. When the space shuttle program ended in 2011, the economy here tanked. Many people worked for NASA, and found themselves looking for other employment, and all sorts of dependent sectors felt the drain. At the high point in the late 1960s, nearly four-hundred thousand people were involved in NASA; a web search today suggests it’s down to seventeen-thousand. Yet today it is still the case that the space business has a big footprint here—when searching for a winter rental, it is best to wait till October, because by then the NASA employees know if they will be working there into the next year.

I once heard a space exploration expert explain that if we do not continue to advance our interests in space, in eventually creating human communities on other planets, we simply bow to the doom of the eradication of our species.

While drafting this I received an email advertising the area to tourists by asking what kind of beach personality fits me. It specifies that the Space Coast consists of 72 miles of beach paradise. Spending time on the beach involves long stretches when we are confronted with vast panoramas: wide corridors of sand running North and South as far as vision allows; the wave ululating ocean pulsing as far as hearing allows; the sky a dome of forever as far as breathing allows.

Next chance we get, we’ll join Mark and Kelly on the balcony. 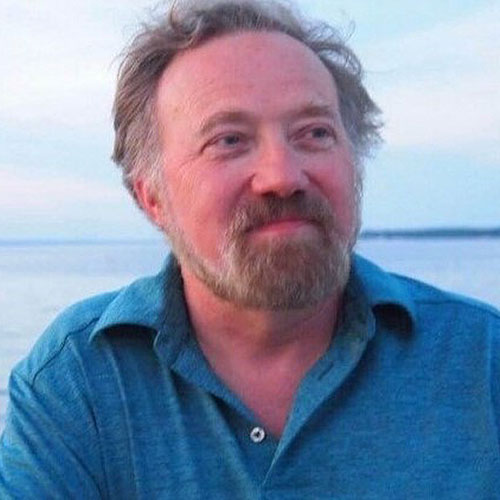 Scott D. Vander Ploeg, Ph. D., is an early-retired professor of English/Humanities, named Kentucky college Teacher-Of-The-Year in 2009.  He recorded essays for a regional NPR affiliate for a decade, and later wrote a column about the arts and letters for a small-town newspaper.  He was the Executive Director of the Kentucky Philological Association.  In his spare-time he is an amateur thespian, a jazz drummer, and a Sifu in Tai Chi.