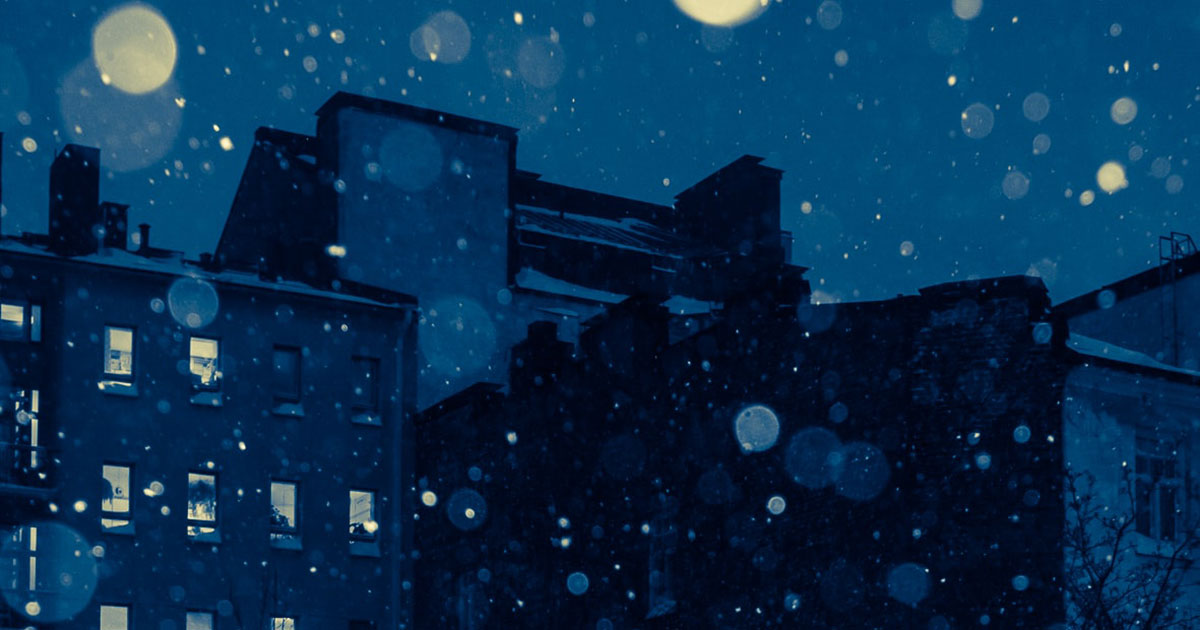 “Look, Papa, it’s snowing today! Why does it snow in the summer?”

Guiltily, he turned away from the smartphone he’d just unlocked, as a rich nutty aroma from the gurgling coffee machine reached his nostrils, slowly defogging his brain. What was wrong with him? Instead of playing with his daughter—who, having quietly entered the room, was standing by the window—why was he fixated on checking his email? True, he needed that initial dose of caffeine to jump-start his day. But besides the coffee, he seemed to have a second morning addiction, as if the mostly junk mail in his in-box was another fix for a junkie.

Abandoning his phone, he walked over and said: “Maybe you’re seeing something else, Maya. It doesn’t snow now, and we hardly get snow even in the winter months.”

His daughter, holding up a slat of the blinds with her thumb, was intently peering out. He realized this could be a game, not unlike the imaginary ball game they’d played the previous week, to the accompaniment of laughter and cries of victory. Trying to think of an appropriate response, he placed his hands at the bottom and pushed upwards to open the blinds.

A chill convulsed his body, as if he’d opened the window on a cold winter evening rather than the blinds on a warm summer morning. It sure looked like snow—and the sight of those gossamer cotton puffs, which disappeared as soon as they landed, was so bizarre that he couldn’t speak for a minute. Had the weather gone haywire? But even if this freakish display wasn’t snow, and unrelated to the weather, how come he hadn’t heard anything on the news?

His brain still needed a java jolt before it could process this information, he realized, as he turned to his daughter and said: “You’re right, Maya. It does look like snow. We have to tell Mom . . . it’s so strange.”

“I’ll tell her! I’ll tell her!” His daughter, excited that she’d been the first one in the house to see something so amazing and unexplainable, raced up the stairs to the bedroom.

When his wife came down to the living room, just as he was taking the first gratifying sips of his coffee, her eyes were wide open in wonder. “What’s going on?” she said. “How come it’s snowing now? Is it even snow?”

“It’s remarkable.” He put his cup down. “Let’s turn on the TV. Seems like we missed something.”

“I’ll do it!” their daughter said, rushing to pick up the remote control. When she pressed the power button, all they saw was a blank screen—and for a moment he thought they’d see the white noise static one used to get on the old analog TVs, as if it were snowing indoors as well. Taking the remote from Maya, he tried a few other channels. It made no difference.

“Something is off,” he said, trying not to show his alarm. “There’s no transmission.”

“Let me call the neighbors,” his wife said, picking up the phone. But there was probably no dial tone, because she looked at him somberly and shook her head in silence.

“I’ll go to the porch and see if there’s anybody outside,” he said. “And let’s check the internet . . . it may not be working.”

Before he could open the front door, the sound of voices drew his attention, making him turn around. The TV had just come on, as his daughter joyfully announced. They huddled in front of it to watch a press briefing that was already in progress.

“Great, now we get to listen to the Chief Idiot Officer,” he said with a groan, attracting a look of disapproval from his wife.

He was referring to the Leader who had appeared on the podium, where the top advisers standing behind him included a commander decked out in his military regalia. Flashing a grin while he greeted his audience with a big hello, the Leader adjusted the microphone. Then he began speaking in his folksy—or, as one critic put it, fakesy—manner.

“Dear friends, there’s nothing to worry about . . . nothing to worry about,” the Leader intoned. “This white stuff may not be snow, as our scientists tell us, but they’re seeing a weather-like pattern and think it will continue only for a short while, rather than indefinitely. Does that mean we should avoid the outdoors, as they recommend, until the tests are done?”

After pausing for dramatic effect, he continued: “We can’t live in fear, folks! Life and business have to go on. This stuff is falling intermittently, not constantly. Yes, it’s unpredictable at this point. But you don’t have to hide, because an umbrella can provide protection. So, by all means, get yourself a good umbrella. It’s not for me, though. This morning I took a nice walk in the garden—and, yes, I was bare-headed when it came down. Well, I’m here now, still alive, and I can take any questions you may have.”

A newspaper reporter started talking, but even before she finished asking her question, some people gasped audibly. The Leader was wobbling, and when he turned to ask for water, his speech was slurred. A couple of advisers, rushing to his assistance, led him off the stage.

There was a stunned silence, followed by an eruption of voices as the journalists rose to their feet and began shouting questions. Quickly, the Deputy Leader, known for his enigmatic smile and syrupy pronouncements, went up to the microphone.

The man, watching with his wife and daughter in the living room, wanted to say, “The jackal springs from the wings.” But a look of warning from his wife stopped him.

“Our beloved Leader has been working very hard,” the Deputy Leader said. “He needs some rest, but there’s no cause for concern. We’ll give you an update soon. Thank you.” 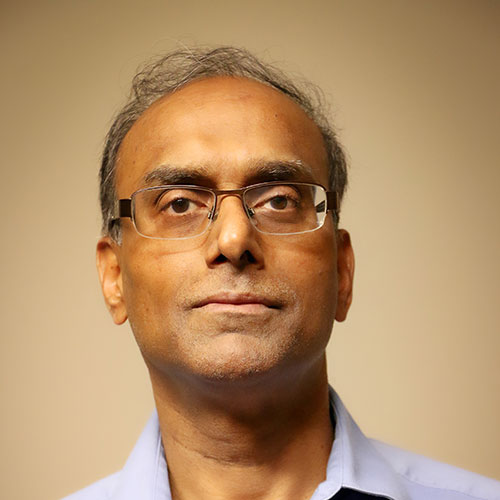 Murali Kamma’s debut book, Not Native: Short Stories of Immigrant Life in an In-Between World, won the 2020 Bronze Independent Publisher Book Award (IPPY) for multicultural fiction. One of his stories recently won second place in the Strands International Flash Fiction Contest. Kamma’s fiction has been published in numerous journals, including Rosebud and South Asian Review, and his columns have appeared in The Atlanta Journal-Constitution and India Abroad. Now the managing editor of Khabar magazine, he has interviewed Salman Rushdie, Anita Desai, and William Dalrymple, among many other authors.