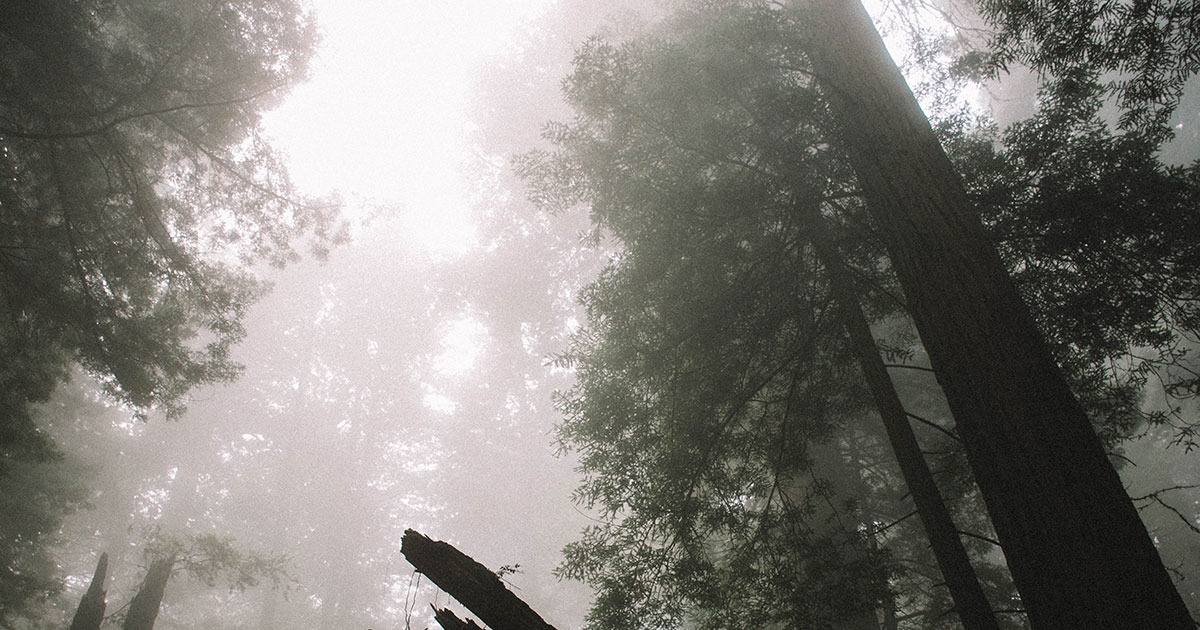 When I slipped in through the back door of Gabe and Quinn’s slovenly, cramped abode, I found him sitting on her lap. She was shoveling forkfuls of cake into his mouth and, between bites, dabbing drool off his chin.

“Good stuff?” I said as I took a seat at their kitchen table.

Quinn pulled the cake platter close and cleaved off a chunk the size of a kitten’s head, then slid it toward me along with a steaming cup of Folger’s. “Eat up, hon’.”

Gabe coughed, choking. “Pumpkin,” he said, referring not to his wife but to the flavor. “God. Let me down.”

Quinn let go, and all 140 pounds of him slide off her 400-plus. He grabbed his arm crutches and staggered to the sink where he drank straight from the faucet.

“He needs calories,” Quinn said to me. Though her voice was husky and throaty, she was the sweetest woman I’d ever met. “He’s been clean a week and hasn’t had any appetite.”

“Maybe today’s not the day for this,” I said.

“Fuck that,” Gabe croaked. He ran a dish towel across his moist forehead. His goatee was graying, his pallor ashen: he looked like he’d been in a fight recently. “I haven’t caught a hellion in a year.” Gabe then shuffled over to the counter where his fanny pack lay. He strapped it on, neon green against his all-black ensemble. My own pack was dark blue. Both our crossbows were gray, their bolts yellow so we could retrieve errant shots. I finished off my cake (Gabe was full of shit—it was exquisite) and sucked down the coffee.

Quinn raised her arms for a hug. Gabe groaned and leaned in, Quinn’s chair creaking ominously. As I stood up, she offered her hand and looked up at me longingly. “Come back, ok?”

I gave the hand a squeeze, then slipped out the door in pursuit of Gabe.

The terrain behind their home was populated with hellions. I’d taken down eight over the years, Gabe three, but he was literally handicapped: cerebral palsy, back pain (from a worksite fall), and subsequent painkiller addiction.

We edged through the ravine, descending into a lush deciduous canopy, both us and the trees perspiring. The fog descended quickly as if having waited—it was that vengeful. This section was clear, but still we checked the tents and hovels for signs of life, if one could call it that.

As we worked our way up a series of switchbacks, the climate evolved. At the crest we donned our windbreakers and fingerless gloves and ingested an energy chew. Gabe was faring well, pushing the pace. “Wish I’d brought my smokes,” he said.

We checked the living quarters as well. We kicked over dirt mounds and jabbed poles into suspicious-looking aggregations of debris and branches. Only one hellion carcass remained, odorless but grotesque, like an action figure that’d melted beneath a furnace. The dusting of snow told us nothing had ambulated through here in a good long while, but still Gabe fired a bolt through the walls of a tent, partly out of boredom. It emerged on the other side smelling sour and bacterial.

Up we went—the high plains. Gabe’s house was visible in the distance, the picture window glinting. Quinn was likely standing at the telescope, studying us. Gabe raised his middle finger, laughed.

Atop a small plateau we peered into the valley below, and Gabe pointed with his crutch toward a vague phenomenon migrating through a choke point. A figure in pursuit halted, and a second later a bolt flashed in the sunlight. A hellion the size of a tree stump keeled over like a tombstone. Someone had beat us to the kill by a mile or so.

“Shit,” we muttered in unison.

We continued on, ascending to the temperate alpine forests. There Gabe stopped. “This is it,” he said, stopping to swill some water from a reasonably clean-looking basin, “the farthest I’ve ever gone.”

“Yeah.” He ran his sleeve across his nose, then turned toward me and fired. A bolt pierced my calf clean through. I all but melted into the dirt.

“Shh. Just give me your pouch.”

When I refused, he raised a crutch high overhead.

I unclipped my pouch and threw it at him. He put all my chews in his pouch and took my beanie and remaining bolts.

“I ain’t going back,” he said. “That woman is killing me. She’s the true hellion.”

I coughed, my throat hot. “She loves you.”

He scoffed. “You can have her.”

“I see how you look at her. You wonder. You imagine.”

“You’d better start back now or you won’t make it. Don’t you smell it?”

The bolt in my leg—I pulled it close and caught the unmistakable scent of hellion.

He was right. The flesh surrounding the tainted bolt was plasticizing.

“I won’t make it with this wound.”

“If I can hobble through life, you can do it this once. Now, if you’ll excuse me, I’ve got a life to claim back.”

“You’ll never survive,” I said, knowing if anyone would, it was him.

He snorted. “Got all I need. Fresh air. A tent. Some leaves to wipe my ass with. No hot whispers on my ear going, ‘Time to eat, time to bathe, take your pills.’”

“Quinn did everything for you.”

He hooked his crossbow on his fanny pack, then pivoted on his crutches and leaned into the trail.

How could he have known that I’d come to do the same—to convert him into a hellion?

Just make it peaceful, Quinn had whispered to me on the phone. A piece of cake. 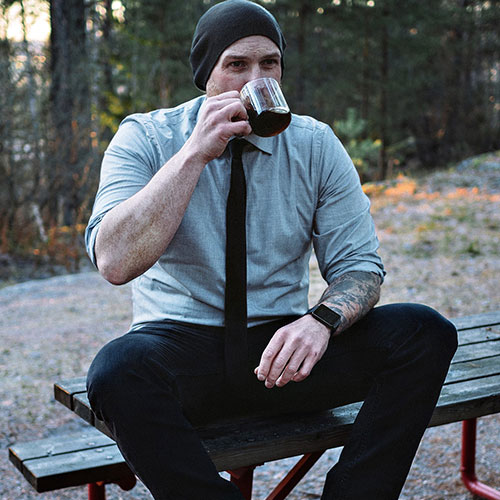 Born on the island of Martha’s Vineyard, Christopher X. Ryan now lives in Helsinki, Finland, where he works as a writer, editor, and ghostwriter. So far in 2019 his stories have appeared (or will appear) in 13 journals, and he earned second place in the 2019 Baltimore Review winter contest. In past years his work has appeared in journals such as PANK, COPPER NICKEL, and MATTER, among many others. He can be found at TheWordPunk.com.