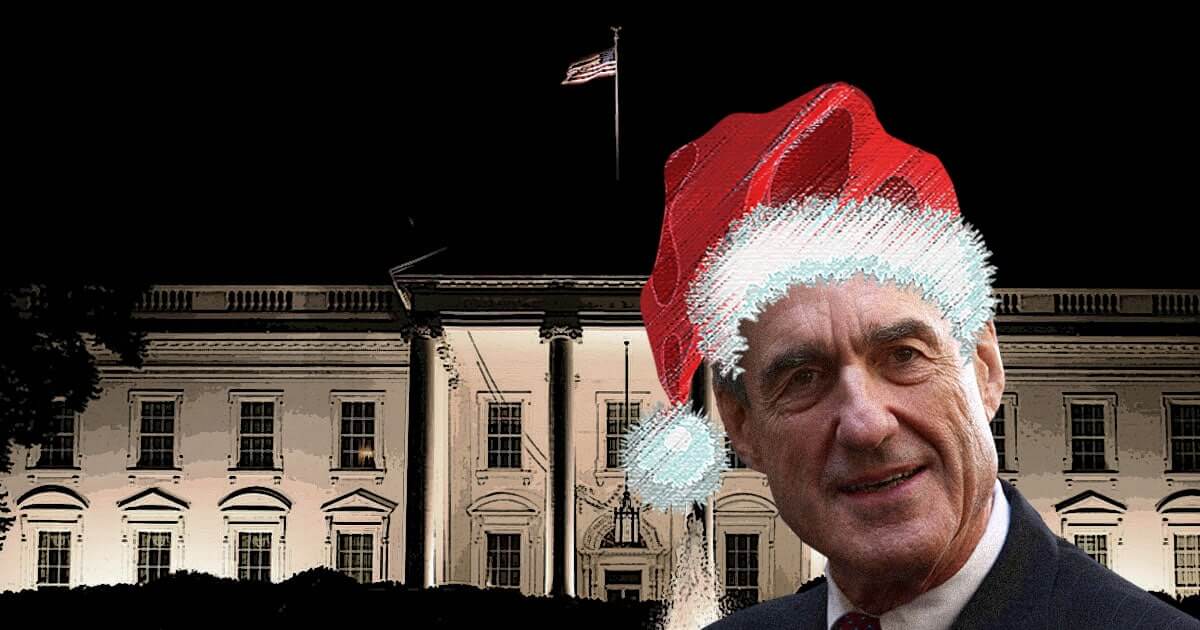 Election Night felt pretty good this year. Early on, it was clear that Democrats were going to gain control of the House of Representatives—and that control will be a game-changer when it comes to holding Donald Trump accountable for undermining our democracy (not to mention norms of humanity and syntax). Winning the House gives the Democrats the muscle they need to subpoena witnesses, examine Trump’s tax returns, and hopefully, expose what most of us already know: Trump is not only the most unfit person to hold the presidency, but the most corrupt.

And it’s looking increasingly certain that the office itself was stolen. If it’s proven that Trump and his minions worked with Russia to cram his bulbous ass behind the Oval Office’s Resolute desk, Trump’s presidency should be annulled. Every executive order, judicial appointment, and scrap of legislation that has flowed like sewage from his illegitimate presidency should be expunged. That prospect is thrilling; but of course, it’s a long shot.

Then again, the recent election shows that long shots sometimes hit the bull’s-eye. Democrats didn’t just take control of the House, they did so by taking 40—count ‘em, 40—Republican seats. (If allegations of ballot-tampering in North Carolina are true, Democrats may yet pick up a 41st seat.) Since so many votes still needed to be counted and recounted on Election Night, we couldn’t initially perceive the vastness and depth of the Blue Wave. But pollster and political analyst Nate Silver put it in perspective, “About 60 million people turned out to vote for Democrats for the House this year. That is a **crazy** number. (Republicans got 45m votes in the 2010 wave.)”

Silver went on to make another point: “Why so many stories about Trump voters in truck stops and not so many about ‘the resistance’?” Hopefully that emphasis will shift when members of the resistance take their seats in Congress next month. I, for one, would rather hear what Alexandria Ocasio-Cortez thinks about healthcare than some burger-scarfing dumbass in a MAGA hat.

So fellow resisters, let us rejoice this holiday season. Sure, we could have done even more without GOP voter-suppression, gerrymandering, and the pathetic undemocratic coups staged by losing Republicans determined to strip power from the successors the people chose to replace them. But the fact remains that an army of activists, volunteers, and voters slayed the beast of single-party rule this Election Day, and things are about to get real interesting in D.C.

Have Yourself a Mueller Little Christmas

Charles Pierce nailed it in a recent column: “We never have had a president* so completely deserving of scorn and yet so small in the office that it almost seems a waste of time and energy to summon up the requisite contempt.” Thankfully, Piece digs deep and musters that contempt on a regular basis, and his readers are the better for it. And even more thankfully, Special Counsel Robert Mueller is digging even deeper to unearth the myriad facts that confirm what our guts and brains have been screaming for the past few years: Donald Trump isn’t just corrupt, he’s a plutocratic authoritarian embroiled in international conspiracies with other plutocratic authoritarians, most notably Vladimir Putin and Mohammed bin Salman.

A year ago, I penned a festive little column called “Season’s Greetings from Trump’s Dystopia.” The opening was, “Tis the season…though many Americans aren’t feeling all that festive this year… We seem to be well on our way to a dystopia where plutocrats’ darkest fantasies can come to life.”

A year on, we’ve seen just how dark those fantasies can get. When they’re played out, they may involve bone saws and a president shrugging off murder and dismemberment like the thug he is: “Maybe it happened; maybe it didn’t.” Before Trump cheated and colluded his way into office, I didn’t believe his ascension to the world’s most powerful role was possible. And now that he looks set to topple, I’m too jaded to think he’ll be dethroned without inciting civil, or even international, war. How’s that for Christmas cheer?

Nonetheless my mood is brighter than last year. Mueller and the Democrats taking control in the House next month will hold Trump accountable for outrages that the Vichy Republicans have resolutely ignored. I may not be counting on miracles this festive season, but I’m not giving up on them entirely. If Santa doesn’t have something good for us this year, it looks pretty certain that Mueller will.